Why Own Gold - Recent News Articles - US Gold Firm 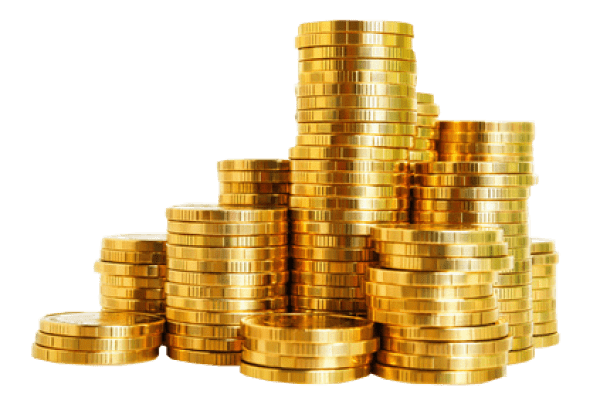 Disclaimer: The following topics are not US Gold Firms opinions nor are they topics we like to discuss.  However, during a crisis of uncertainty we feel it is imperative to look at all facts that can help one make an informed decision whether, or whether not to own gold.

To click above to read these news articles online.

The United States Mint is devoted to the production of beautiful coins, guaranteeing precious metals investors’ satisfaction. Made from some of the finest gold in the world, U.S. gold coins are stricken at the highest, possible quality and begin as 99.99 percent pure gold bars. Each coin is weighed and measured to precision, and each bears an intricate design representative of the American story. From the production of the gorgeous, antique $20 Saint-Gaudens to that of the modern, gold American Eagles in this offer, the United States Mint upholds a standard of excellence across the decades. To own a U.S. gold coin is to own, not only some of the finest, purest gold in the world, but also a piece of American heritage.

By US Gold Firm

In a previous blog, I talked about the panic that followed the infamous 1929 stock market crash and the depression our country suffered for the following decade. The people of America walked in the euphoric haze of rising stock market numbers and increasing income from stock investments. It was a dream that soon turned into a nightmare—an inescapable nightmare with disastrous ramifications. With the crash of 1929, several things happened. Lots of people lost lots of money—life savings, in fact, that they had blindly thrown into the stock market. Lives were changed forever, and the world came crashing down around bewildered stock investors. Banks lost lots of money causing the American people to lose faith in banks altogether. As a result, people began holding onto their gold with iron grip, fully aware of its intrinsic value and the safety in owning it.

During World War II, the horrific nightmare that was the Holocaust stripped the lives away from millions of innocent people. Massive numbers of lives were lost to fatal gunshot wounds, inside sinister gas chambers, and to the dank breath of disease. But the Nazis didn’t stop at the murder of their victims. Colossal loads of gold in the form of wedding rings, pocket watches, and more were taken from concentration camp prisoners and stashed away in secret caches.

S.S. Central America: A Tale of Tragedy, Deception, and Riches

With the discovery of gold in California also came the birth of the San Francisco Mint and the need for a way to transport freshly minted U.S. coins. Founded in 1848, the Pacific Mail Steamship Company became a key component in the transportation of people and gold from California to Panama and from Panama to the east coast. One of the company's steamships was the ill-fated S.S. Central America.

The alluring glimmer of gold, silver, and a life free of financial worry have been the driving forces behind treasure seekers for centuries. Following are some of the most exciting—and often dangerous—treasure hunting endeavors from history and modern day.

Gold represents many things in the eyes of man: wealth, prestige, investment, security in an unstable economy, and even a lifetime of commitment. Jonathan Spall, with The National, believes that “[t]he reason that gold has these attributes is that we believe that it does. It has been embedded in human psychology and reinforced over the millennia.” Needless to say, the last few millennia have been sprinkled with gold dust and endless dreams of wealth and glory.

The Crime of 1873 and Birth of the Morgan Dollar

For the majority of America’s early years, currency was bimetallic. That is, both gold and silver were minted into legal tender coins at a ratio of 15:1 (15 ounces of silver for 1 ounce of gold). But in 1873, the United States government made the decision to do away with the bimetallic standard by demonetizing silver altogether. France, England, and Holland demonetized their silver the year before, and with the encouragement of British economist Ernest Seyd, the U.S. followed suit.

At some point in time, everyone dreams of unearthing treasure in the backyard. Though most will never see that dream become reality, our imaginations still come alive at every tale of missing treasure, and our hopes are raised with every rare account of a discovered cache. One of those rare accounts took place just last year in the hills of California.

As I write this, the price of gold rests at just a little under $1,100 an ounce, but not that long ago, it was much closer to $2,000 an ounce. So what made it change? Is the price drop just a natural result of an “improving economy” or a waning appetite for the precious metal? Or is there something dubious brewing beneath the surface?

Gold, Silver, and Taxes: What You Need to Know

By US Gold Firm

So you want to invest in gold, but you don’t want the IRS breathing down your neck.

Following are the basic laws regarding gold investment and your guidelines for avoiding trouble with Uncle Sam.